By Fabio Huwyler — 5 Jahren ago

“Gay cures” have just been legalised here in Brazil.

A local judge ruled that psychologists can offer “professional treatment for sexual (re)orientation”. In other words, they can try to “fix” us from being gay.

Brazil is one of the most dangerous countries in the world for LGBT people like me. Legalising so-called “conversion therapies” opens the door to more violence and discrimination.

This week, activists across Brazil are starting country-wide protests to challenge this decision. Please add your name to our petition and show LGBT people in Brazil that we’re not alone in this fight.

Please stand up against “gay cures” in Brazil now.

Around the world, “gay cures” have pushed thousands of lesbian, gay, bi, and trans people to self-destructive behaviour and even suicide.

Major health organisations like the Pan-American Health Organisation, as well as many governments, have denounced these practices as dangerous and harmful.

Protests will be happening across the country in the few next weeks. Will you join me in sending a clear message to Brazilian authorities that you can’t “cure” people of being who they are?

Please sign the petition and say NO to “gay cures” in Brazil.

Thank you for going All Out!

Ana and the All Out team. 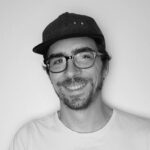 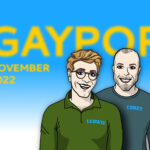